How to build a minimum viable product

In today’s world, it’s easy to create a start-up based on an idea that seems good at the time. With thousands of new businesses opening each day, worldwide startups are popping up like mushrooms in the rain. Unfortunately, the majority of these startups don’t survive more than a year – most of them collapse because the market doesn’t need them.

Many startups fail by not developing a Minimum Viable Product –or MVP – to understand what customers need from their product. An MVP usually costs less than a full-fledged solution and it allows you to study the situation on the market. Most of the large companies like Amazon and DropBox created MVPs to improve on their final product and all companies can learn from their success. 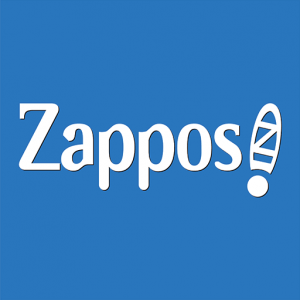 The whole concept of an MVP appeared in 1990 when a young guy wanted to own a particular pair of shoes. He went to the nearest shopping mall to buy them, but unfortunately, he was unable to find a pair. From his frustration an idea grew, he was to sell shoes online – and that’s when the MVP was born.

Even though he lost money on every sale, it was an incredible way to test a business idea. Once he confirmed the viability of the idea, he then started to turn the site into a fully functioning business.

This is how Nick Swinmurn built a company called Zappos that was later bought by Amazon for $1.2 billion.

What is the MVP development process?

A Minimum Viable Products is exactly what it says on the label: the product in its smallest, least featureful form, that has just the basic functionalities that demonstrate your product.  Eric Ries defines it the following way:
“Minimum Viable Product is that version of a new product which allows a team to collect the maximum amount of validated learning about customers with the least effort”

In mobile development, an MVP is a basic version of a mobile app. MVP is a process of building a new product with the defining core functionalities and important features to test how the target audience would respond. Then the building of the actual product takes place with the full set of features.

What are the goals of an MVP

In short, an MVP is focused on the following:

Even when hiring a custom software development agency, you should have a clear goal of your project.

How does an MVP benefit a business?

MVP development is like a shield and sword of any application. It can help to spark the interest of users and it can also prevent your business from bearing losses- in the worse-case scenario.

It helps with Consumer research

An MVP allows you to reach the end-user faster, so you can start collecting and analyzing their feedback, making it easier to understand the situation on the market.

It allows you to test the concept of your project

Another advantage of a Minimum Viable Product is that it allows you to test the whole concept of your project. If you launch the app with a ton of features, it’ll be much harder to adjust it for a specific audience in the future. On top of all this, you will have to kill product features that have been made redundant and for which you’ve already paid for.

Feature-rich applications take months of hard work, and the price depends on the time spent by the software development team on the project. Since you don’t have to integrate all the features in the MVP, the time spent on it will be minimal. Further, when your app starts to bring in some profit, you will be able to reinvest it into the development of additional features.

It makes it easier to attract investors

With a functioning product and a way of showing off the main idea of your project you will be able to attract investors more easily compared to just showing them some wireframes. 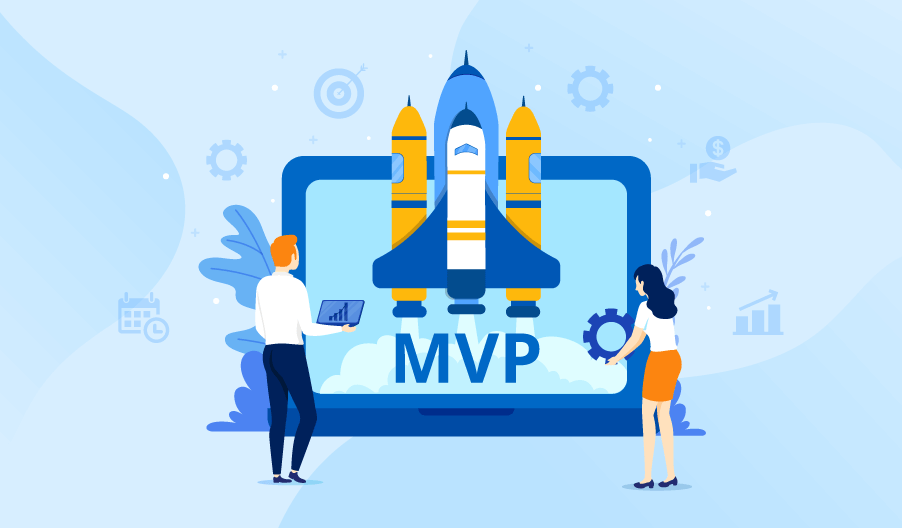 How to build an MVP?

The first step is Market research

At times, it happens that ideas do not fit the market needs. Before you initiate an idea and start working on the MVP development process, ensure that it fulfills the target users’needs. Be sure to conduct surveys to find out if your product will be interesting enough for users.

A survey conducted by CB insights shows that the topmost reasons for a startup’s failure – with a 42% share is the lack of market need. In a nutshell, if your product doesn’t solve the problem, customers won’t go along with it do find a solution.

What value does your product offer to its users?

How can it benefit them?

Why would they buy your product?

You should also be clear about the essential estimations of your product. As MVP implies, introducing value to the people, first outline them and then build your MVP based on that.

When building an MVP for a startup, you’ll have to provide the list of features for the software development company. Be sure to only include the features that are vital for the concept of the app. MVP means that you don’t have to implement complicated frameworks and fancy design at once.

Design the app in a way which it is convenient for users. You need to take a look at the app from the perspective of the target audience, starting from opening the app to the final process, such as making a purchase or delivery.

To define your user flow, it’s necessary to define the process stages and, for that, you will need to explain the steps needed to reach the main objective. Your focus should be on basic features such as finding and buying the product, managing and receiving orders. 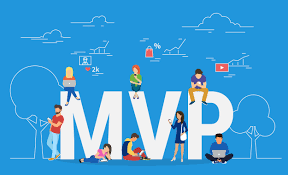 Building and launching your MVP

After all of the above points are settled, you can begin the development of your MVP. A common mistake at this point is launching a bad quality product hoping to fix it in future updates. Don’t forget that an MVP has to satisfy customers and investors, or it’ll be a failure from the moment it’s launched.

After collecting user responses, you should be able to make a conclusion based on them and see where the app needs improving. Early users will be both your idea generators and testers, they will offer you new ideas and they will find bugs.

How did we decide to launch our cloud-based product management tool called Ad-Lister?

Today, Ad-Lister is one of the most feature-rich multi-channel listing tools on the market. It can connect to a variety of eCommerce platforms such as eBay, Amazon, Magento, Shopify, Bigcommerce, WooCommerce, and many more. It boasts a lof of time-saving features such as bulk editing products, CSV file uploads that allows you to make seamless changes to your products that are listed on your eCommerce platforms.

The history of the app starts with the year 2006 when the number of online businesses started to grow exponentially and we’ve noticed that there were very few tools that allowed users to quickly and seamlessly list products on eBay – this is how we identified the need for such a product and the MVP for Ad-Lister was born.

Only the base functionalities of the app were developed at first. When launching the app, we made sure that it was properly promoted on the available channels – our directors went to tech conferences and online seller gatherings to promote the app, and then we saw it take off. From the revenue generated by the early adopters, we’ve made new features possible and slowly tailored the app to the needs of our users, making it more complex each time we’ve launched a patch.

Thanks to the continuous development and consistent stream of income, Ad-Lister became one of the top players when it comes to cloud-based product management software.

Just remember, when building an MVP, don’t overload it with features, develop your product based on what your customers say, and try to make the core functionalities stand out. Need help with developing your MVP? Contact us for a FREE consultation today!