Over the past couple of years, major tech companies such as Google, Facebook, Spotify or Twitter have seen their apps gather hundreds of millions (or even billions!) of downloads. You might be wondering, how did they manage to reach so many people that own so many different devices? 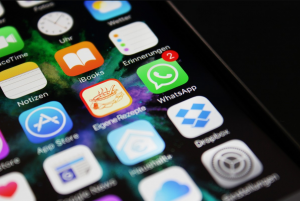 Winning over such a large audience requires optimizing services and software optimized for conditions prevalent in developing markets, like slow connectivity, slow internet speeds, and wide proliferation of low-end mobile devices. Remember, not all of us have the latest and greatest smartphones. Many people still use smartphones from 2013 or earlier, which is fine, however… the newest apps might have issues running on those older models of phones.

Companies have started to design a ‘lite’ version of their main apps that can run on most phones and don’t take up much space on the device (usually less than 10MB). The main reason was that many users used to uninstall apps to make room for some photos, videos, or music. These apps were also designed to use the minimum amount of data, and even work when network conditions were not ideal. As a result, these companies came up with “lite” versions of these apps that were much smaller and snappier than their main counterparts.

Here’s a selection of the best “lite” apps that you can currently find on the App Store and Google Play:

Facebook is the largest social media platform for mobile users in the world. It’s also a hefty and demanding app that requests a lot of data permissions from you (for example, device location) — so it makes sense to get rid of it in favor of a lightweight version. Thankfully, there’s Facebook Lite for Android and iOS. Facebook Lite delivers the same social experience you expect, but in a much smaller package and with less reliance on using a bunch of mobile data.

Facebook have managed to cram all major features of its main app in a lite app that is under 2MB. How is that even possible? Well, Facebook Lite uses the download-on-demand approach to fetch resources like sounds and animations instead of including it into the install package.

This year, Lite has been download 255.1 million times in comparison to 337.5 million downloads of the main app. We’d say it’s a successful app.

After beta testing a 15MB lite version, Spotify finally released the final version of its Spotify Lite for Android, and it weighs in at just 10MB. That tiny size makes Spotify Lite one of the least resource-intensive ways of streaming music from your phone. However, the Lite app is missing some aspects you might see as key for data saving — it has data monitoring solutions, but it lacks the ability to download songs to play offline. So while it’s a great app for saving storage space, it’s oddly not the best app for saving data. Stick with the main app if space is no issue, but if storage is at a premium, this is the best choice for music streaming.

Facebook’s chat tool, Messenger, is massive in its own right with more than 1.3 billion monthly active users. Facebook Messenger Lite strips down the messaging app to the essentials, bringing the app size down to less than 10MB. Those essentials still include some luxuries though, and Messenger’s ever-popular video calling is among them.

Google have chosen a different name for their lightweight app, calling it “Go” instead of “Lite”. But essentially, it’s still a stripped-down version of the main app. It uses the same “download-on-demand” approach as other lite apps.

Google Maps is the go-to app for navigating across a variety of travel methods, from walking to driving to using public transit, so using a lightweight version can have a big impact on performance and data usage.

Another great lite app by Google, “Google Go” is a lighter and faster version of the Chrome browser that promises data savings of up to 40%. Weighing in at only 7MB, it also barely takes up any space on your device, but still comes with all the features you love. Obviously, there is access to Google Search, but it also comes with voice controls, Google Lens, and the latest trending topics. If you’re using an entry-level or older phone, then this is a must install.

If you have a good smartphone that was made in the past couple of years, you probably won’t need to use these “Lite” versions. However, if you still use a 5+-year-old phone, or an entry-level <£100 smartphone, you will probably be better off using these lite apps.

These lite apps might have a smaller user base compared to the main versions as of now. But as more people from countries like India and Brazil get connected to the internet for the first time, they will prefer to have lite apps.