The smartphone market has grown to become one of the largest markets when it comes to tech. As manufacturing processes have improved over the past decade, smartphones have become a pinnacle of modern technology. But without the proper software to power them, these phones would be high-priced pieces of glass and metal – or plastic sandwiches.

To compare Android vs iOS, we have selected a couple of categories and we will compare each one – but the final decision depends on you. Only you know which features/categories are most important for your day to day use.

First, let’s talk about the first thing what comes to our mind when we decide on buying a smartphone – The Price

Apple has always been known for being at the higher end of the market in terms of pricing. This year they’ve launched their iPhone 11 Pro with a starting price of £1049 and the iPhone 11 Pro Max with a starting price of £1149. If you are looking for the iOS experience, but you aren’t prepared to give out a ton of cash, you can grab the iPhone 8 for £479 – this is as cheap as it gets unless you want to buy a second-hand phone.

Android, on the other hand, is unbeatable when it comes to the sheer scale and variety. You can spend a lot if you want to on top tier flagships such as the Galaxy note 10+ or the Google Pixel 4 XL – their prices almost match Apple’s iPhone pricing. You can also go for mid-range devices that are a lot cheaper than the flagships and yet offer almost the same experience when it comes to UI and software – these manufacturers have deliberately optimized Android to run on low-end hardware.

Android leads the field of free apps- should make it the natural choice for budget-conscious users.

Numbers aren’t really the best metric in this case – the most popular apps usually have versions on both app stores. Traditionally, iOS has been a more lucrative platform for developers, so there is a tendency for new apps to appear on iOS first.  Usually, the latest and greatest apps first come to iOS and later get listed on the Google Play store.

Battery life is an important factor when it comes to choosing your smartphone – it’s difficult to compare Android and iOS because of the lack of common hardware. iOS is optimized to squeeze the most out of the battery per mAh rating, but you can find Android devices with much larger batteries that can outlast an iPhone easily. Both platforms offer battery saver modes that can extend the battery life by limiting the power consumption of the devices.

When it comes to charging speed, there is no question that Android devices are faster. The Oppo Reno Ace, for example, is capable of fully loading its 4,000mAh battery in just 31 minutes. Whereas the iOS devices, like the iPhone 11 Pro can take about one and a half hours to fully charge.

Comparing similarly priced Android phones with iPhones, they tend to have longer battery life and they always have fast chargers included in the box with and Android phone. 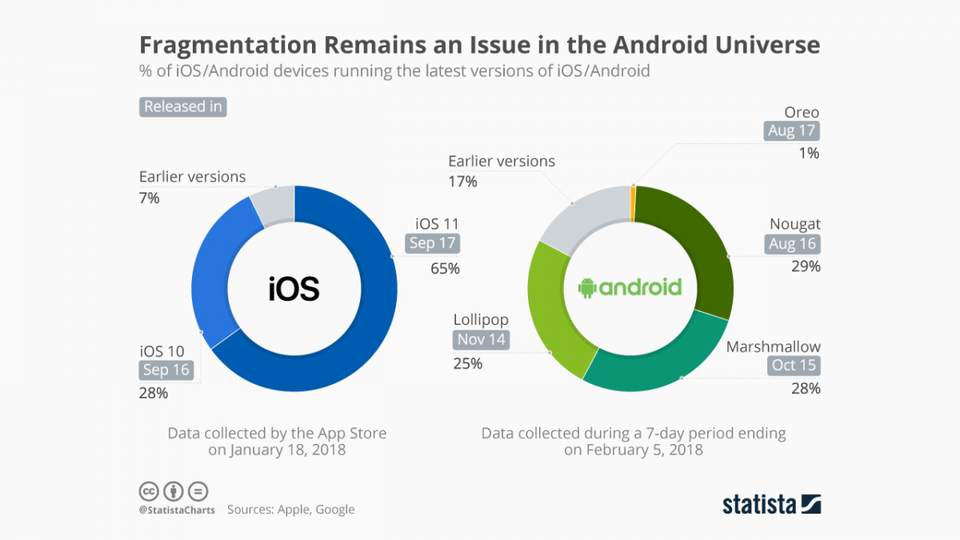 Apple’s iOS offers consistent and timely software updates and security patches for all of its newer devices. If you want the same experience on Android devices, then you will have to buy Google’s Pixel devices. According to statistics, almost 90% of all iOS devices are now running the latest version of iOS. By contrast, only around 10% of Android devices are running the latest version of Android 10.

If you want the latest features and security updates, then you should choose iOS.

Both Siri and Google Assistant offer almost the same features, Siri is more like a straightforward helper for setting up calendar appointments, searching the web or making calls. Google Assistant on the other hand, has an extra layer – it can preemptively offer useful suggestions, plus it has a more conversational side that offers entertaining games and contextual information based on what you are doing. 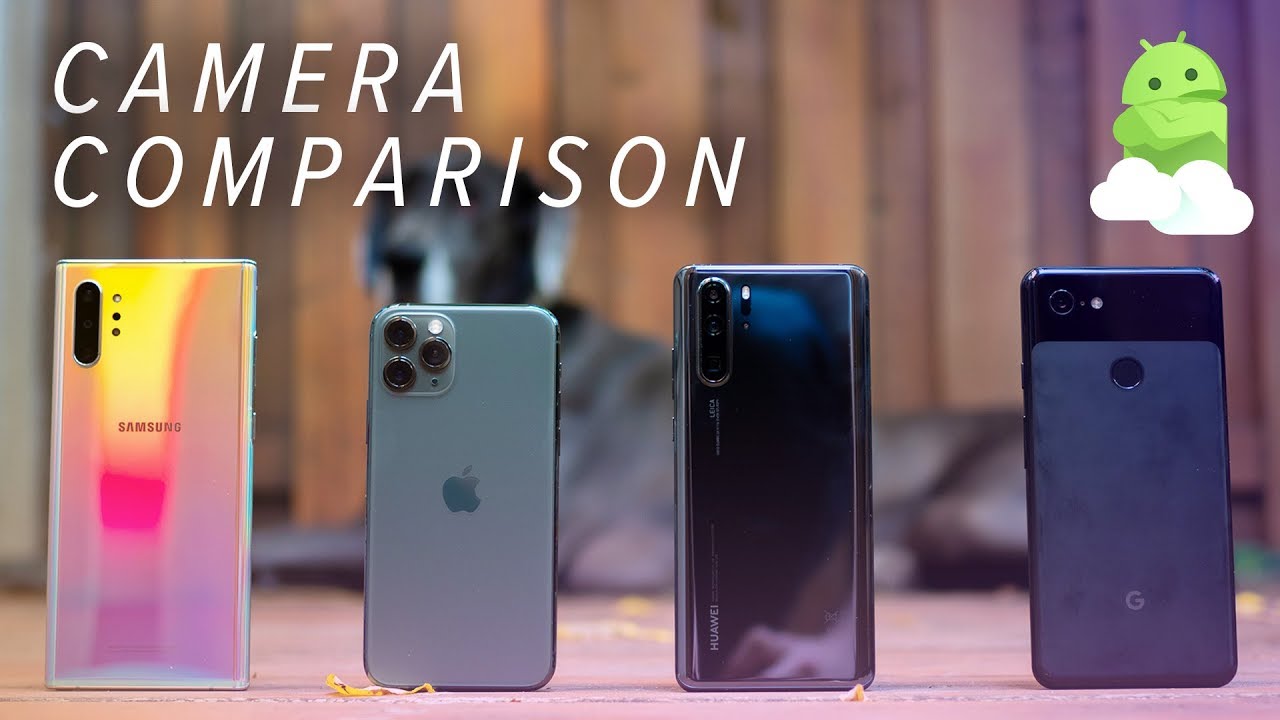 Last but not least – the Camera. Some people choose their smartphones based on their camera. It’s difficult to call – in the past, we’ve argued that Apple does a better job at capturing lighting, coloring and other details – but the latest Android devices are casting a lot of doubt on that assertion. Nowadays flagship cameras are very close in terms of picture quality and lighting, mostly it’s up to the final user to decide how do they like their pictures – do you like it with natural colors or with some image processing? Weaker or stronger HDR? – it mostly depends on you.

At the end of the day, the final decision mostly depends on you – whether you are already used to one ecosystem – UI, functions, and usability. This Android vs iOS comparison was written to guide you to making your final decision.